The city of Washington, Indiana had a serious combined sewer overflow (CSO) problem. Worse yet, the city’s CSOs mostly flowed through open ditches, and all five eventually discharged into Hawkins Creek, which ran dry most of the time apart from when the untreated CSO discharged. In between rains, the water pooled and then dried up, concentrating pollutants.

Add to that the fact that Washington’s system, most of it dating from the 1930s, had little storage capacity. As little as one-tenth of an inch of rain produced CSOs. The city struggled with this problem for decades. Early attempts to abate it simply enclosed drainage ditches and creeks in large pipes, but didn’t address water quality. Facing federal mandates to clean up its water, the city was stuck.

With a population hovering just under 12,000 and a median household income of $34,000, costs were a critical concern. A 2002 study found that it would cost $39.9 million to properly capture and treat runoff, or $7,500 per household, roughly one-quarter of the average household income. By 2009, the cost had escalated to $53 million.

Washington Wetland During ConstructionLochmueller Group (Lochgroup) worked with Washington and the Indiana Department of Environmental Management to develop a solution that captures the CSOs, transports them to a storage basin, and then treats them using a constructed wetland. The Preliminary Engineering Report showed that the capital costs, when compared to the next lowest present worth alternative–Chemically Enhanced High Rate Clarification – reduced costs to $26.4 million, saving Washington’s residents $26.6 million. In addition, the city will save over $1.6 million annually in operations and maintenance. Diversion of stormwater will also reduce flooding of nearby residences and roadways.

Lochgroup’s design captures the first flush, up to the volume associated with a 1-year/1-hour storm event, in a 5-mg storage tank, pumping this to the wastewater treatment plant. Overflow from the tank— up to a 10-year/1-hour storm event—travels via two 84-inch pipes to a 21-mg, 27-acre constructed wetland for treatment. After treatment in the wetland, the effluent passes through a UV disinfection system before being discharged into Hawkins Creek. 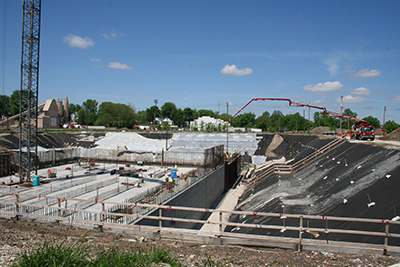 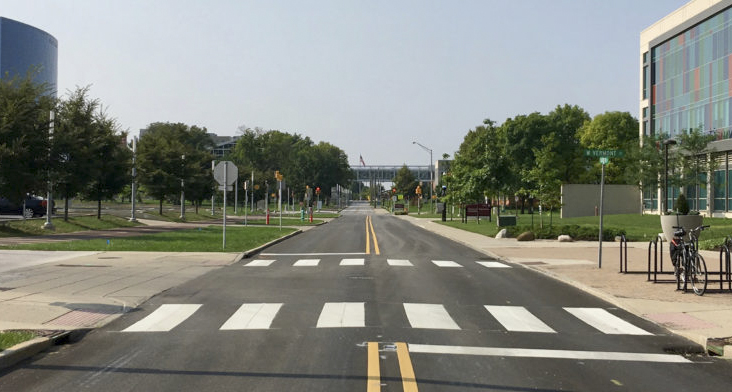